210 Gems
The Wooden Toy Box is a den item. It was originally released in the Beta Testing at Jam Mart Furniture for 300 Gems.

The item has been available as a prize through the Touch Pool Minigame since November 2016.

The Wooden Toy Box appears to be a small log box. It has intact bark as the box's exterior and a small twig sprouting up at the top with two leaves. There is a hinge that would theoretically allow the toy box to open, however, it does not open when placed in a jammer's den. This item has four small, stubby legs at the bottom. On the sides, there are three almost-straight lines with a thick line throughout the middle that is the same color as the legs. This item comes in 5 different variants. 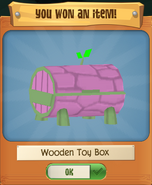 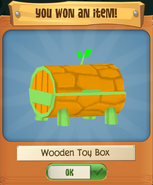 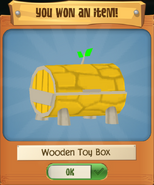 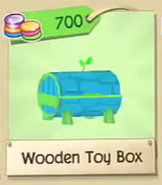 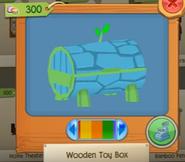 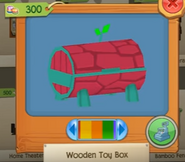 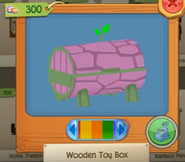 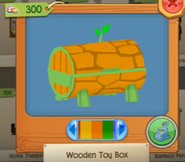 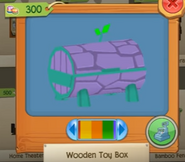