270 Gems
The Yeti Mask is a clothing item worn on the face. It was originally released during the Night of the Phantoms in October 2015 at Spooky Party for 900 Gems.

The Yeti Mask resembles a rectangular monster face that has thick fur. This item comes in 6 variants. 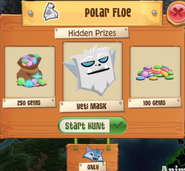 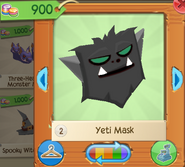 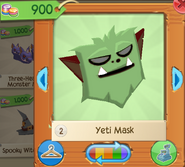 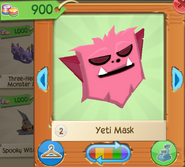 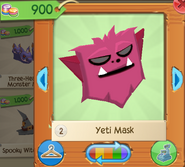 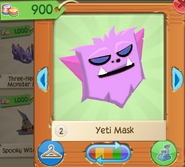 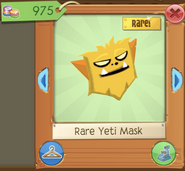