270 Gems
Not to be confused with the Rare Zombie Mask or the Blackout Zombie Mask.

The Zombie Mask is a clothing item worn on the face. It was originally released during the Night of the Phantoms in October 2015 at Jam Mart Clothing for 900 Gems.

The Zombie Mask is a light green skull shaped mask with darker green splotches. It has large, round eyes in a contrasting color. This item comes in 6 variants. 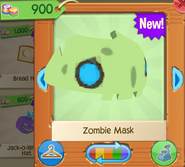 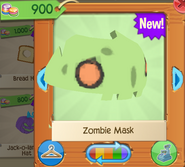 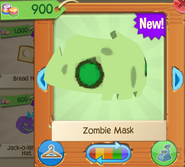 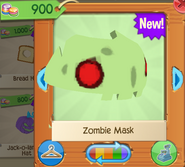 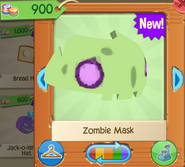